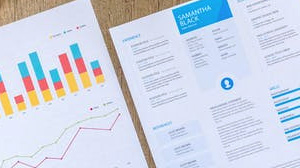 Have you witnessed your employer committing fraud in government programs like Medicare, military contracts, or others? If so, whistleblowers can earn large cash rewards if they are the first to report the fraud in a False Claims Act lawsuit, also known as a “qui tam” lawsuit or whistleblower lawsuit.

Whistle blower reports are a powerful tool to help stop fraud and help the government recover some of its losses.

In exchange, whistleblowers will typically be rewarded with 15 to 30 percent of what the whistleblower lawsuit recovers.

Overview: What Types of Fraud Are Committed Against the Government?

Healthcare billing fraud, through Medicare, Medicaid or other government insurance programs, occurs when a pharmacy or healthcare provider bills for unnecessary services or products or services never received by a patient.

Examples of such fraud include:

If you believe you have witnessed Medicare fraud or health insurance fraud, you may qualify to file a whistle blower lawsuit against an employer on behalf of the government.

Government contractor fraud occurs when companies contracting with a government agency or the military do any of the following:

Government contractors involved in whistleblower lawsuits include defense (military) contractors, security or environmental contractors, or any other company cheating on their agreements with the Federal or State government.

If your employer is involved in securities – stock fraud, the Securities Exchange Commission or the “SEC” has a whistleblower statute that rewards people who report corporate fraud and protect them with anti-retaliation rules.

When companies do not pay the taxes they owe or create fictitious schemes to avoid taxes, everyone else has to pay more to make up the shortfall.  That is one reason why the IRS rewards successful whistleblowers for tips that lead to recovery of unpaid corporate taxes. If the fraud is substantial the Internal Revenue Service may pay whistle blowers substantial rewards, up to 25% of the recovery.

Qui tam lawsuits are actions filed by whistleblowers under either Federal or state False Claims Acts. A qui tam lawsuit alleges that an entity has defrauded the government in some way.

A whistleblower may be an employee, former employee, a competitor, or anyone who has knowledge of the alleged fraud.

The False Claim Act dates back to the Civil War, when it was originally enacted to protect the government against fraud by war-profiteering contractors.

Qui tam lawsuits are filed under confidential seal.  The substance of the claims is first presented to the Justice Department for review. They are kept confidential while the government investigates whether or not the allegations are valid. It also gives the government a chance to decide if it wants to join the lawsuit.

This is done before the company being charged is informed about the qui tam lawsuit. The government has 60 days to review the lawsuit, but this time is often extended.

The identity of the whistleblower is protected while the complaint is “sealed” and the Department of Justice investigates. In SEC cases the whistleblower’s name is typically never revealed.

Only first whistleblower to file suit is eligible for compensation. This encourages anyone with knowledge of potential fraud to act quickly. If you know of such fraud, immediately contact the Elliot Firm to discuss your case, the fraud against the government, and your prospects for compensation for bringing it forward.

Whistleblowers may receive 15 to 30 percent of the amount of money that the government recovers as a result of the qui tam lawsuit.  In 2014 and 2015 more than $500 million was paid to whistle blowers each year, in rewards ranging from $75,000 to more than $50 million.

Penalties for retaliation against whistleblowers include reinstatement and substantial damages. Although whistle blowers are protected legally against retaliation, including firing, demotion or harassment, it is not a course of action to be taken lightly. If you know of a fraud being committed against the U.S. or state government and would like to discuss a possible whistleblower action in complete confidentiality, contact the Elliot Firm.

“From a legal perspective, very sound, very clear, very efficient. Very nice to work with on a personal level. All around great lawyer and great person — I would definitely highly recommend him.”

“Excellent, truly first rate … a pleasure to work with. Consistently exceeds all expectations.”

“Excellent job of legal analysis and presentation, which resulted in an extremely positive result for the client.”