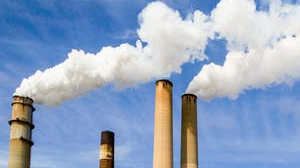 Most Americans don’t know they have the right to enforce many public laws when the government does not.

Citizens are empowered to enforce numerous Federal and state environmental and consumer laws.

These include, among others, the Federal Clean Air Act — citizens can sue polluting companies directly, when enforcement agencies do not.

The same is true of the Federal Clean Water Act and Federal hazardous waste laws.

If you are aware of a company violating environmental or labor laws, and want to do something about it, contact the Firm to learn more about citizen enforcement of public laws.

“From a legal perspective, very sound, very clear, very efficient. Very nice to work with on a personal level. All around great lawyer and great person — I would definitely highly recommend him.”

“Excellent, truly first rate … a pleasure to work with. Consistently exceeds all expectations.”

“Excellent job of legal analysis and presentation, which resulted in an extremely positive result for the client.”